Troop 890 is located in Dallas, Texas and was chartered in 1961 by Lake Highlands United Methodist Church (LHUMC). The troop remains sponsored by LHUMC and meets there every Monday night at 7:00 except for the Monday after camp outs and breaks over the Christmas Holidays and Summer.

Charles Cook was the troop’s first scoutmaster. fifty-four years, 28 scout masters and 500 Eagle scouts later, the troop continues to focus on the fundamentals of Scouting.

The troop has had 28 Scout Masters and more than 175 Assistant Scout Masters complete Wood Badge training.  Additionally many  Scouts and Scouters have been elected into the Order of the Arrow honorary society, including five Vigil honor members.

Like all Boy Scout troops, Troop 890 is a boy-led scouting program with a long history of camping and high adventure. Over the years the troop has created many traditions.   One of the most visible are the pink flamingos, Pavel and Penelope. 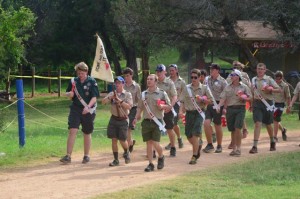 They support the troop at summer camp spurring more than one rivalry.  The annual week-long Troop 890 summer camp is held at Camp Constantin, the Circle Ten Council Sea Base on Possum Kingdom Lake. Here the troop has many traditions, including theme days by the senior boys such as toga day, cleaning the dining hall, movie night, doing the camp flag ceremony, chants in the dining hall, and always giving the camp staff a run for their money in all the camp sporting events, especially fat bat.

Campouts are another area of traditions. From hiking in to all the campsites to broom ball at the Olympics camp out, the troop continues to keep some traditional camp outs and mix in some new ones. 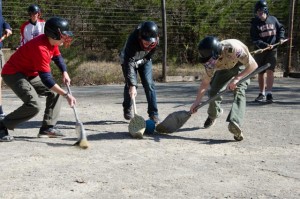 Some of the typical campouts during the year include canoeing, climbing and rappelling campout, a capture-the-flag campout, and fishing campouts at various properties around Dallas Fort Worth. In addition, an annual 50-mile hike takes place over spring break. 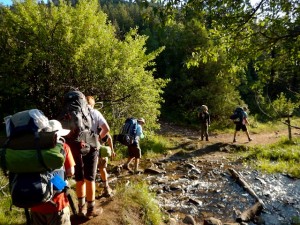 Service is a large part of scouting and big part of the troop. Troop 890 conducts an annual service project around the holidays with Lake Highlands UMC. Lake shore clean up, service projects at the properties they camp on, perform Memorial Day and 4th of July flag ceremonies and Order of the Arrow projects Troop 890 believes that service is a key part of the scouting experience.

No Boy Scout troop is successful without a strong DADS patrol (Dedicated Adults Doing Scouting). With support from both fathers and mothers the boys of Troop 890 are enabled to take on any challenge they can dream up. From supporting camp outs to being merit badge counselors, participating in high adventure treks, the Scouts of Troop 890 can depend on their trained adults to work with them to execute their plans.

The Scouts of Troop 890 understand that having fun is part of the process to learning. Come join our troop and see for yourself how scouting can make a difference in the life of young men and the world.